Your chance for early admission to a tuition-free Master’s or PhD program at one of the leading universities in Russia.

The International Olympiad of the Global Universities Association for Master’s Applicants is your ticket to enrolling early for tuition-free Master’s programmes in your chosen academic field in one of the leading universities of Russia and the world.

The Open Doors Olympiad is an international project, which gives you a chance to become a student in a Master’s programme at leading universities in Russia and the world. The education is free of charge.

What does participation in the Olympiad give you?

Participation in the Olympiad gives you a chance to study in a Master’s programme at SUSU free of charge.

Eligible for participation in the olympiad ARE:

Languages of the olympiad

Hurry up to register and fill out all the information you need to participate in the Open Doors.

Prepare your portfolio. All research papers, certificates, awards and honors that you have ever received are of value. Please include all achievements in the selected Subject in your portfolio to increase your chances of success. The portfolio structure for all Subjects and tracks is unified.

You will not be able to edit your portfolio after the deadline. While waiting for the result of your portfolio review, you can use a system of automatic assessment to estimate your approximate score. The system will be available in your personal account.

The first round. Grading of the portfolios

Announcement of the first-round results

Winners of the portfolio competition are welcome to participate in the second round in the selected Subject. The detailed schedule will be published later.

Grading of the second round of the competition

Announcement of the second-round results

Rights for Prize Winners of the Olympiad

Runners-up of the Olympiad can earn the same right during the second stage of quota allocation if there are winners who do not present the necessary documents or who decline the tuition-free education. Quotas are allocated in the second stage according to the ranked list of winners and runners-up within the profile.

View more of the rules on the Olympiad website

45.04.01 Philology. Theory and Practice of English

38.04.01 Economics (Economic Analysis and Controlling of an Industrial Enterprise)

SUSU includes 10 institutes and schools, as well as the School of Open and Distance Education, the Institute of Supplementary Education, and the Faculty of Pre-University Education.

Today, 23,000 students from 52 countries from around the world are studying at SUSU. In total, over the university’s history, more than 275 thousand specialists have completed higher education programmes, tens of thousands of candidates of science, and hundreds of doctors of science.

The university has a robust athletic foundation: a track and field arena with two tennis courts, an Olympic-standard swimming pool, the 3,200 m2 Sports Palace with eighteen specialized sports halls for boxing, weightlifting, volleyball, basketball, wrestling, table tennis, and other sports. There is a university recreation camp, sports and health camp, and a children’s camp. Graduates of the university include Olympic champions, eminent masters of sports, and members of the national Olympic teams.

More than 13,000,000 books are located in the collection of the SUSU Scientific Library – the largest one in the region. The university houses 7 museums and the only University TV and radio company in Russia “SUSU-TV”, broadcasting 24 hours a day on the air, on cable networks, and on the Internet. SUSU actively supports and expands its international connections. The university has more than 100 active agreements with international universities, transnational corporations, and the largest industrial enterprises from 35 countries.

The main objectives of the Association of International Students are to help foreign students with adaptation, solving issues related to education, accommodation, and leisure, and introducing them to the peculiarities of Russian culture. AIS organizes a number of national holidays, including Nowruz, Chinese New Year, Eurasian and African Culture Days, and more.

Mentors from among the student body who help international students in the first stages of adaptation to a new environment. They meet them at the airport, help them settle in to the dormitory, show them the infrastructure of the university, etc. 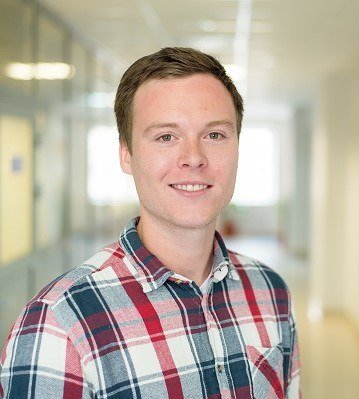 “It’s comfortable for foreigners to study at SUSU”
– Why did you decide to study in Russia?
– I have an older friend who is also studying in Russia.
He told me that it’s comfortable for foreigners to study in Russia.
So I also decided that I need to study here.
– Why did you choose SUSU?
– I didn’t know before, which university in Russia is better, but when I started studying this question I read that for foreigners SUSU is a very good university.
– Tell us about your impressions of SUSU.
– I like the university.
Of course, sometimes I have difficulties, but my friends always help me.
– What are you planning to do after graduation?
– I don’t know yet, but I think that I will go for master’s degree.
– What are your hobbies?
– I like listening music, reading manga; also I play the guitar and practice rock-climbing.

“To me, SUSU is a very good university”
– Why did you decide to study in Russia?
– Because I like Russia, I love Russian history and literature.
In China, when I was at school, I a little bit studied the history and literature and I liked them a lot.
– Why did you choose SUSU?
– I know that SUSU is a very well-known university in Russia.
Many of my friends are studying here.
– Do you like our city?
– Russian people are very intelligent, and I have already got Russian friends.
– What are you planning to do after graduation?
– After graduation I am planning to continue my education at SUSU, because I think that this university suits me best.
– What are your hobbies?
– I like drawing, snowboarding, I used to practice a bit kung-fu in the Shaolin Temple.

Chelyabinsk is the administrative centre of the Chelyabinsk Region; it ranks seventh among the largest cities of Russia. The city was founded in 1736 as a guard fortress, now its territory expands over around 53 thousand hectares. It is located in the centre of Eurasia, on the Eastern slope of the Ural mountains, 1,879 km from Moscow. Chelyabinsk is located in the forest-steppe zone, at a great distance from the seas and oceans. The city has a moderate climate: generally it is characterized as a temperate continental climate. The city is multinational: among the population of more than 1,200,000, most are Russian, and a significant portion are Tatars, Bashkirs, Ukrainians, Kazakhs, Germans, and representatives of other nationalities.

Chelyabinsk is a large industrial mega-city – a business, research, and cultural centre of the South Ural region. It is among the top five strongest industrial cities in Russia. The city is the largest transport hub, connected to the whole Eurasian continent by train and air. Chelyabinsk has an international airport, which offers flights to the largest cities in Russia, as well as neighbouring and distant countries. Federal highways pass through Chelyabinsk, and the Chelyabinsk Branch of the South Ural Railway is the largest transport hub of the Trans-Siberian Railway.

The pedestrian Kirova street, which is also called the Chelyabinsk Arbat, is the jewel and pride of the city. The Yu.A. Gagarin Central Park of Culture and Recreation has become a favourite place to relax for both Chelyabinsk residents and guests. The park is adjacent to the relic pine forest. Other favourites of guests and residents include the A.S. Pushkin City Garden, the Scarlet Fields (Aloye Polye) square, the unique musical fountain located on the Revolution Square, and many other parks and squares.

However one of the city’s most important sights is the Chelyabinsk meteorite, which is currently located in the Regional History Museum. This unique global event – the fall of a meteorite – happened on February 15th, 2013. A 17-meter meteorite with a mass of around 10,000 tonnes flew over the city at great speed, then exploded. It entered the Earth’s atmosphere at around 18 km/s. After 32 seconds, the meteor exploded. Shards fell into the Chebarkul lake, where the largest fragment was later found. The fragment is still being studied by scientists today. Today, Chelyabinsk is a leading industrial centre with businesses in the fields of metallurgy, mechanical engineering and metalworking, instrumentation engineering, consumer goods manufacturing, and food industry. The city has a stable economic position and has great potential for future development. The favourable geographic location and status of administrative centre makes it possible to build a large transportation logistics centre. Today, the socio-economic growth of the city is aimed at creating comfortable living conditions for residents and creating new jobs and businesses, which meet all environmental standards.